Did you know Wales holds the record for the most castles per square mile than anywhere else in the world? That’s a lot of castles!

In reality, these can be anything from little more than a ruin, to the absolutely stunning Caernarfon Castle.

Historically, they were built for defence and protection, and to remind everyone who was in charge by demonstrating their wealth and power. But today, they are great tourist attractions and it’s fascinating to be able to step back in time and see how people lived in the past. 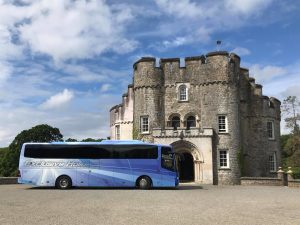 So here are some of our favourites:

Picton Castle & Gardens is lesser known than some castles on our list, but it is a firm favourite and well worth a visit! A hidden gem in Pembrokeshire, South Wales, this Castle was built in the 12th Century and is a blend of different styles over the centuries. It is most famous for its stunning gardens spanning 60 acres and including formal lawns and the Walled Garden, Jungle Garden and the wilder Peach House Wood. It is considered one of the most beautiful and atmospheric gardens in Wales.

In the summer months, the Castle is open for guided tours where you can discover more about its history and hidden secrets, and in recent years it also served as a lunch venue during the visit of HM The Queen and Duke of Edinburgh.

It is also home to the ‘Picton Renoir’ – a painting believed to be by Renoir which featured on TV series Fake or Fortune in 2015. There has been much doubt over the years as to whether this painting is genuine, and ultimately on the TV series the two major art world authorities (who would need to both authenticate the work for it to be accepted as a Renoir), could not agree.

Unfortunately the painting can’t be sold as a Renoir without both endorsements, therefore it remains at Picton. But this does mean that during your visit, you can take a look at the painting and see what you think!

Caernarfon Castle is probably one of the most stunning Castles in Wales and is recognised as one of the greatest buildings of the Middle Ages, which is all the more amazing as it was never finished! Construction began in 1283 on the orders of Edward I after he conquered Wales following bitter wars with the Welsh princes, and was part of his ring of castles built to consolidate his position and control the Welsh population. These castles were also strategically situated close to water so that they could be supplied by sea rather than the risky and vulnerable land routes.

Along with Beaumaris, Harlech, and Conwy, Caernarfon Castle is designated a UNESCO World Heritage Site, and remains one of the best externally preserved fortresses in Britain.

Today, Caernarfon Castle is also home to the Welch Fusiliers Museum, which charts 300 years of military history from this famed Welsh regiment.

Top tip: make sure you wander across to the opposite site of the river to fully appreciate the waterfront location of this stunning castle! 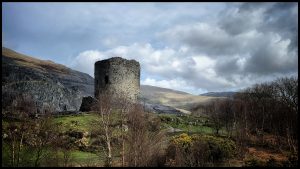 I’ll let you into a little secret – Dolbadarn is probably one of my all-time favourite castles. Today it is little more than a ruin, but it was an important position both strategically and as a symbol of power and authority. Dolbadarn lies on the shore of Llyn Padarn at the foot of Llanberis Pass, and would have been vitally important to control both military and trade access through the mountains.

It was built by Llywelyn the Great in the early 13th century and is considered one of the best surviving examples of a Welsh round tower. After falling into ruin in the 18th century, it became celebrated as a location for painters and, most famously, was painted by JMW Turner in 1800.

Conwy Castle is the second of the ‘ring of iron’ Castles around the north of Wales built by Edward I to suppress the welsh princes and their uprisings against the English. It is exceptionally well preserved and contains one of the most intact set of medieval royal apartments in Wales.

For the full experience, and thanks to restored spiral staircases, you can walk a complete circuit of the battlements of Conwy Castle, with stunning views across both the distant mountains of Snowdonia and the narrow streets of Conwy, its unbroken ring of town walls and beautiful harbour.

Well worth a visit.

Laugharne Castle is most famous for its connection with the poet Dylan Thomas, who lived in Laugharne and wrote Portrait of the Artist as a Young Dog in the castle summerhouse.

The rugged ruins we see today were built in the 13th century, but it was originally constructed as an earthwork fortress in 1116 as part of a chain of Norman Castles along the south wales coast. It was eventually converted into a Tudor mansion, but during the English Civil War it was captured by Royalists and after a week-long siege, it was taken by the Parliamentarians, and partially destroyed to prevent future use.

The castle was left as a romantic ruin with Castle House being built nearby in the 1730s, and today it is a Grade I listed building, open to visitors between April and October.

If you missed Part One, you can check out our Favourite Scottish Castles here