We’ve just returned from our fantastic Cornish Coastal Delights holiday, staying at the superb Hannafore Point Hotel in Looe! This is a trip we normally run every year, but due to the pandemic it has been a whopping three years since our last visit – so it was great to finally be back!

It’s always a popular holiday and this year was no different, with 42 passengers joining us for a great programme of excursions exploring this part of Cornwall. So here’s the lowdown on our trip: 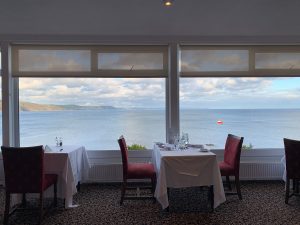 The Hannafore Point Hotel is one of our absolute favourites. Situated in a prime position on the Hannafore headland in West Looe, it has wonderful sea views across the bay (believe us, it’s worth paying the upgrade for a sea view room!).

The rooms are comfortable, and our highlight is the superb sea view restaurant where you can watch the fishing boats come in as you enjoy a delicious meal.

The hotel also has a spa with indoor heated swimming pool, sauna, steam room, hydrotherapy pool, and fully equipped gymnasium, with spa and beauty treatments available (the hotel recommends you pre-book these to ensure availability).

It’s ideal if you just want a relaxing day at the hotel, where there is also a relaxed cafe open through the day for you to enjoy a snack at lunchtime.

Our itinerary for this year’s holiday was a good one, exploring some of our favourite visits in this part of the world:

We began the day with a 45 minute drive to Bodmin General Station, where we joined the Bodmin & Wenford Railway for a steam train journey and delicious cream tea onboard the train to enjoy as we watched the Cornish countryside go by.

The Bodmin & Wenford Railway is 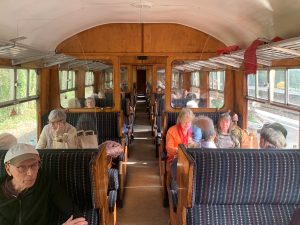 a heritage railway which opened in 1983, just three years after the line was closed. It is a little unusual in that it is shaped like a Y, with one branch running from Bodmin General to the mainline Bodmin Parkway station, and the other running to Boscarne Junction.

For the full line experience, you do one branch and then return to Bodmin General for about half an hour before enjoying the second branch – which is what we did!

From Bodmin, we continued to the National Trust Property of Lanhydrock, which is a country house & wider estate nestled in the valley just outside of Bodmin.

The estate was originally owned by the Augustinian priory at Bodmin, and after the Dissolution of the Monasteries passed into private hands. Construction began on Lanhydrock House in the 1620s, with much of the current building dating from the late Victorian times after its rebuilding following an extensive fire in 1881, although some early features remain.

It is well worth visiting the house as the public tour is one of the most extensive offered by National Trust, taking in the main reception rooms, family bedrooms, servants bedrooms and kitchens. Of particular note is the stunning library with a collection of books dating back hundreds of years.

The gardens are beautiful and well worth wandering around, with 1000 acres of parkland available to explore as well.

Important to note that the house itself is approx 800 yards from the coach park, but there is a buggy seating 4 people which runs a shuttle service from the reception to the house for those who have less mobility. 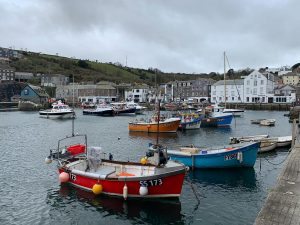 The pretty fishing village of Mevagissy is a firm favourite on our holiday programme. It’s absolutely beautiful and just right for a coffee stop on our way to the Lost Gardens of Heligan – full of winding streets and little shops for you to explore.

The forecast for our second day wasn’t great, but we were lucky that it kept dry during our visit to Mevagissy, so we could have a proper walk along to the sea wall – where it was very breezy to say the least!

Heligan is quite possibly my favourite place in Cornwall. The estate belonged to the Tremayne family and it was they who created the gardens between the mid-eighteenth and early 20th century. Before the First World War, it took a team of 22 gardeners to maintain the gardens, but the war led to the deaths of 16 of those men.

One of the most poignant places to see is the Thunderbox Room, where the names of many of those gardens are scribbled onto the walls. Today, the Thunderbox Room is recognised by the Imperial War Museum as a Living Memorial to the Gardeners of Heligan.

After the war, the gardens were neglected over many years as the house was tenanted, used by the US Army in World War Two and eventually sold off (without the gardens) in the 1970s. By this time the gardens were lost to sight, and it was only during the 1990s that they were rediscovered and restored to their former glory.

This is part of the magic of Heligan, that sense that still lingers of something lost that has been rediscovered, yet still left to be a little wild. It’s a beautiful place that reminds you of an earlier time.

On the day of our visit the weather was a little iffy and quite windy with a few showers in the afternoon. Luckily the heavens didn’t open until five minutes after we’d all got back on the coach for our journey back to the hotel! 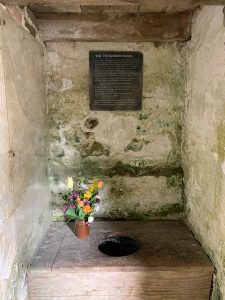 On our last full day, we drove the short journey along the coast to the neighbouring village of Polperro for a morning excursion. Polperro is another beautiful coastal village, with winding streets nestled around a pretty little harbour area. It is a gentle walk downhill from the coach park into the village, where vehicular access is extremely limited, and sadly we discovered that the Polperro Tram is no longer operational since the pandemic.

We had a couple of hours here which was plenty of time for our passengers to enjoy a gentle stroll down to the harbour side and enjoy an ice-cream and a wander, before strolling back up the gentle slope to re-join the coach.

Being on the headland gives us a couple of options for getting down into the main part of the village, which is also across the river. There’s a bus service which runs roughly hourly, a 15 minute walk along the river, or the local taxis also run at a reasonable cost.

However, as we’re passing the bridge, we always give our passengers the opportunity to hop out on our way back to the hotel after our Polperro excursion, with them making their own way back later in the afternoon!

Looe is another lovely little village with winding streets and lots of shops to explore. It also has a mainline station, and you can enjoy a return train ride along the Looe Valley Line for a beautiful scenic 8 mile journey to Liskeard and back.

All in all we had a fantastic trip to Cornwall and the Hannafore Point Hotel – all we can say is we can’t wait until next year! 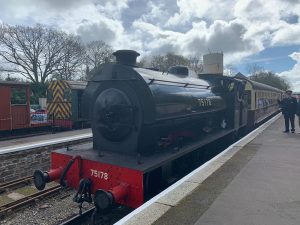 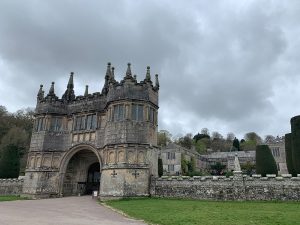 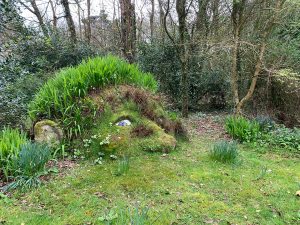 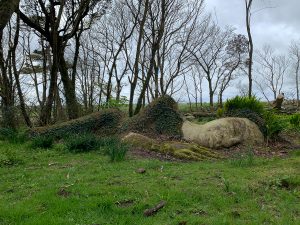 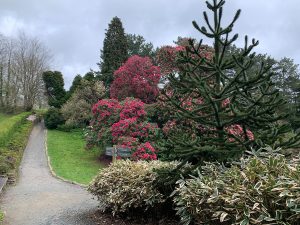 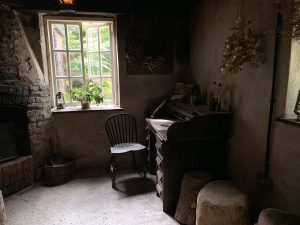 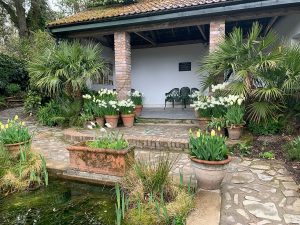 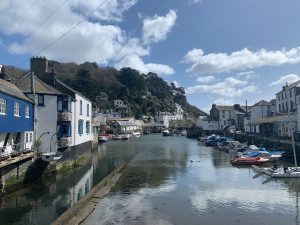 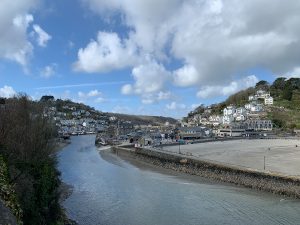