We’ve just come back from our Arctic Highlights Cruise in Norway, sailing from Tromso to Kirkenes and back. We chose this cruise because you spend the whole time in the Arctic Circle, so it’s your best opportunity to see the Northern Lights! 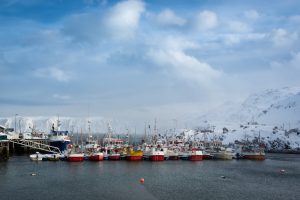 Our cruise was onboard MS Nordkapp, which is one of the ships operated by Hurtigruten. Hurtigruten operates a regular service from Bergen in the south to Kirkenes on the Russian Border. As a expedition ship, it is relaxed and informal, with no need to dress up for dinner.

Excursions are offered at regular ports of call and can be prebooked or arranged onboard (subject to availability). It is possible to cruise the entire journey or do a round trip from Tromso to Kirkenes.

Our six day holiday included four days onboard ship and two days at the Radisson Blu Hotel in Tromso. Breakfast and dinner was included on the ship, and breakfast only in the hotel. On our particular cruise, we didn’t arrive in Tromso until 23.45 on day four of the holiday, so actually there was only one day when dinner wasn’t included! 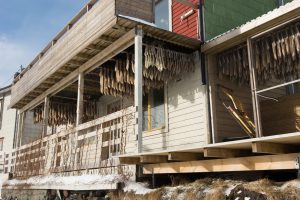 We booked two excursions during the cruise and one while staying at the hotel in Tromso. Unfortunately our excursion to the North Cape was cancelled due to high winds, but we were offered an alternative excursion to the fishing villages around Honningsvag. It was really interesting to see the fish hanging up to dry outside the houses!

On our third night it was announced that the Northern Lights could be seen as we were sitting down to dinner – the 300 seat restaurant emptied in about 1 minute and everyone was outside watching! We also had another slightly better showing of the Northern Lights later in the evening. You can never guarantee whether you’ll see them or not so we were really lucky!

We had booked an Aurora safari and cable car trip for our last night in Tromso. Unfortunately it was cloudy and snowing so we couldn’t see the Northern Lights, but we did get to sample other local food, including reindeer stew, during a lovely evening on the mountain.

You can see more photos of our trip on our Facebook page. 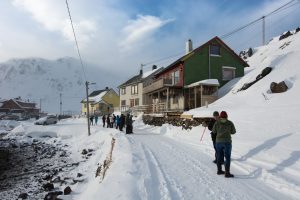 TOP TIPS FOR YOUR ARCTIC CRUISE 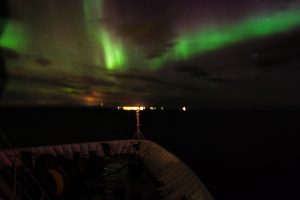 SEEING AND SHOOTING THE NORTHERN LIGHTS 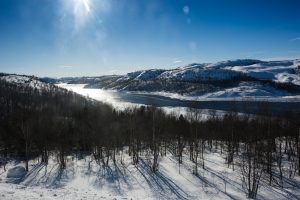 WHEN CAN I GO?

We’ve got great news. We can arrange an Arctic Highlights Cruise with no minimum numbers, so whether you’re a group or there’s just two of you, you know your holiday will still go ahead. Contact us now for more details.